January 31, 2023
Home Legal The Stages of a Criminal Case 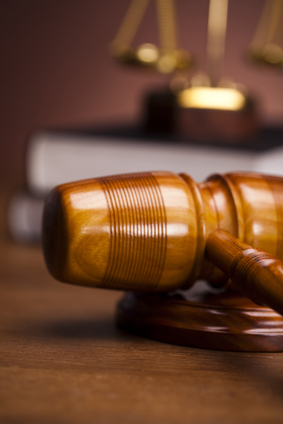 Once the state files charges against an individual for an alleged offense, it should follow certain steps so as to ensure consistency in the legal system. The rules are also important in ensuring justice for the convicted. If you are accused of committing a crime, make sure you hire a criminal lawyer regardless of whether you are guilty or innocent. Here are the major stages of a criminal case.

Arrest
Criminal cases begin with the detention of the defendant by the police. It might be after the police respond to a call while on duty or during a traffic stop. The police are also allowed to arrest suspects of an ongoing investigation. Some jurisdictions, however, require having a warrant of arrest in most instances.

Bail
After an individual has been put in police custody, he or she can file for bail. When deciding the amount of bail, the judge or magistrate usually considers the seriousness of the alleged offense and the likelihood of the person returning to court. The judge may release the defendant without bail especially for minor offenses.

Arraignment
It refers to a defendant’s first court appearance. During this appearance, it is the right of the defendant to have the charges against him read by the magistrate or judge. At this stage, the accused can plead guilty or not guilty. The court might set dates for further proceedings.

Indictment or information
Prosecutors can bring forth formal charges in many ways as per the jurisdiction. They can file an information or complaint or pursue grand jury indictment. The indictment is a requirement for federal charges. The public is not allowed into grand jury proceedings. The defendant is entitled to present his or her evidence during a preliminary hearing to a complaint.

Preliminary hearings and pre-trial motions
Most criminal cases usually allow time for both parties to prepare their case. It is also during this period that a plea is negotiated. The parties can also bring motions seeking to disregard some issues before trial.

Trial
It is the right of the defendant to be tried in criminal cases and also in most state proceedings. The trial can either be jury or bench. The state should present its case first then followed by the defendant. After both parties have tabled their evidence, the jury decides whether the accused is guilty or not. If the jury is unable to have a unanimous agreement, the court may declare a mistrial and the state can retry the case with a new jury.

Sentencing
In the instance the jury or the judge finds the defendant guilty, the court determines the punishment. The sentencing guidelines both at the state and federal level are similar. Both give maximum and minimum sentences and provide factors that the court can consider when making the decision. You can find more information at Donna V. Pledge.

Appeal
A defendant can request a review of his or her conviction. An appeal should highlight specific errors committed by the trial court. An appellate court can confirm the conviction, reverse it or recommend retrial. Throughout the case, it is important for the defendant to seek criminal defence.

Top 6 Things To Keep in Check When Changing Career

Most people will spend upwards of 40 years working for a variety of different companies. B…

© Copyright 2016, All Rights Reserved Powered by WordPress | Designed by Bdaia